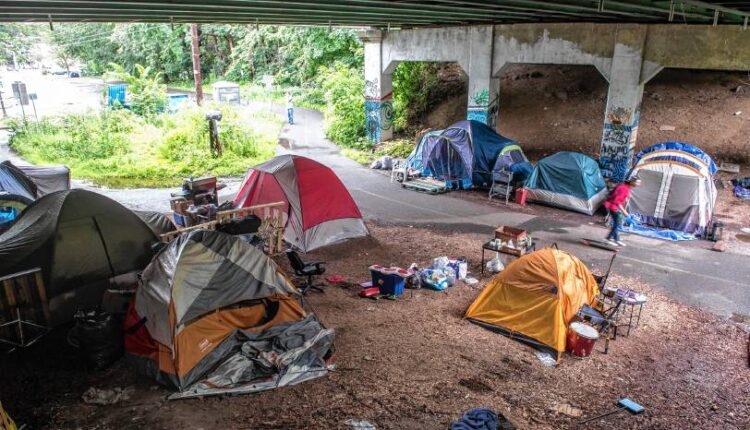 Homelessness is not a term or phrase exclusive to the US. It can rightly be categorized as a global phenomenon. It’s a social issue that ails many parts of our world, especially less developed societies.

In this article, we won’t talk about homelessness on its own but how homelessness helps directly or indirectly contribute to the degradation of the environment and how this can be tackled. We also recommend competent homeless cleanup professionals to help you in the wake of homeless encampments.

Who is a Homeless Person?

Homeless means someone who is impoverished and cannot provide shelter for themselves. Such individuals are frequently on the go, moving from one temporary dwelling place to the other. Homeless people are described using various words, including but not limited to hobo, vagabond, bum, vagrant, and transient.

It is imperative to note that during this nomadic wave of finding a place to rest their heads, these individuals often may have some personal effects, which they use to ease into any encampment they will settle in.

A homeless encampment is a temporary settlement area for homeless people, sometimes made from several tents. They can be found in abandoned buildings, underneath overpasses, and in the woods in some cases. It is important to stress that just one homeless person living in a tent in an abandoned area does not classify as an encampment. Encampments have a larger number of people living there.

Homeless Encampment From the Environmental Perspective

Many individuals have aired their concerns about homeless encampments. They believe they are breeding grounds for direct threats to society and environmental problems. Some of the reasons will be highlighted below.

One important issue that often comes up is the unsanitary conditions of these encampments. They can be a danger to homeless individuals and the area where they find themselves. Garbage may stack up, which often attracts vermin or other harmful rodents. These encampments do not allow for the proper storage of food or dishes. This may lead to the spreading of foodborne diseases.

Individuals in homeless encampments may have one type of chronic mental or physical health condition. They may also not be able to visit proper medical health care centers. Because of this, they may become a danger to themselves and the community.

Encampments can also threaten the environment as they often don’t have a proper method of waste disposal. For this reason, individuals living here may dispose of human waste in rivers and other water bodies around the encampment.

In many homeless encampments, wood stoves are the major means of creating a fire for warmth and cooking. This could be dangerous because members of the encampments may forget to tend to the fire, which could get out of control.

Why do I Need an Office Space When I Could Always Work From Home?

Brand New Or pre-owned Boat? Which One To Go For?

Why do I Need an Office Space When I Could Always Work From Home?

Various must have features in VoIP phone systems

How to Make the Perfect Pool at Home‍

Brand New Or pre-owned Boat? Which One To Go For?

Prev Next 1 of 14
Popular Topics

How to Make the Perfect Pool at Home‍

Brand New Or pre-owned Boat? Which One…

Why do I Need an Office Space When I…